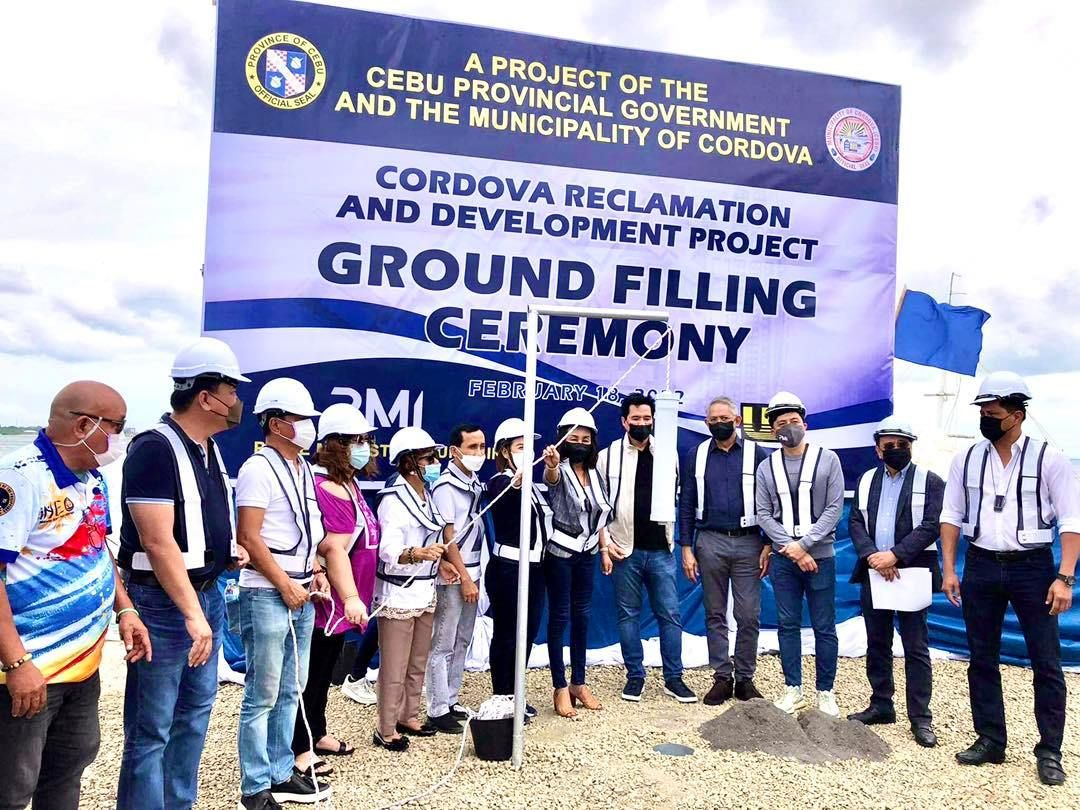 This was how Gov. Gwendolyn Garcia envisioned what’s ahead for the Municipality of Cordova during the ground-filling for what is projected to be the future prime economic driver in this once sleepy town.

“Once realized, this will translate to so much economic boom not only for Cordova but the entire Province of Cebu,” Gov. Garcia said in her speech.

This reclamation project is located near the foot of the third bridge, the Cebu-Cordova Link Expressway. Both structures will complement each other and are game-changers as far as the town’s economy is concerned.

The project will be constructed in phases.

Cordova Shores was granted the original proponent status after it submitted an unsolicited proposal for the project.

The unsolicited proposal was subjected to a Swiss challenge to invite other companies to match or better it. With no challengers, the project was awarded to Cordova Shores. (from #SugboNews2022)